It is vital, today more than ever, that science engages with society. To justify this statement, I’d like to develop three clear arguments: we’re all dependent on science, our future is dependent on science, and science has a moral obligation to engage. Furthermore, science must do this while operating to the highest ethical standards.

Science touches all aspects of life

We live in an age where science touches almost every aspect of our lives, yet science has been growing apart from society and culture for decades. This matters, because people are being called upon more and more to make science based decisions, and if the scientific community does not help equip them to do so, we as scientists are failing in our duty. Let’s look at some examples. Should we believe the extravagant, scientific seeming, claims of the increasingly vast range of food supplements and youth serums on the market? What should I think when the newspapers tell me one day that chocolate is good but wine is bad, and the next day that the opposite is true? Will my mobile phone fry my brain? All of these questions, and many more, are presented to us as scientific, and it’s important that science has its say. If we scientists stay cloistered in our ivory towers, then we’re simply not doing our job. This is one important responsibility of science: to help people make rational choices in their everyday lives.

But science’s responsibility goes beyond that. Let’s look at some other questions we’re all confronted with today. What’s happening with the climate? Where is our energy going to come from? How do we deal with a growing population? How do we feed the world? These are not simply questions for politicians to answer. The solution to all of them requires science. I was reading in the papers the other day about a musician planning a concert from the top of a wind turbine as an anti-nuclear protest. Spectacular though that might be, it will neither make renewables as efficient as they would need to be to make a more significant impact, nor will it help make extracting energy from the nucleus cleaner. Science could help to do both these things, and that’s an important message to get across.

For people such as me, working in publicly funded science, there is also a moral obligation to engage the public. At CERN, we do fundamental science. Our main deliverable is knowledge about the universe. Along the way, our scientists and engineers develop technologies that range from the World Wide Web to detectors for medical scanners, and from ultra-high vacuum techniques that have applications in solar energy collection to particle accelerators for cancer therapy. But it is knowledge that we’re here for, and in my experience, the knowledge we deliver satisfies a basic human need: curiosity. Fundamental science feeds the mind. I say all this to show that I am passionate about the work of my laboratory, but since that is not the topic of this paper, let me just say that we are paid from the public purse, and the public therefore have the right to know what we are doing, and to know that we are investing their money responsibly.

At CERN, we take these three responsibilities seriously, and have leveraged the start-up of the world’s most powerful particle accelerator, the Large Hadron Collider (LHC), to raise our profile and engage with broad range of audiences. From primary school children to decision makers, from artists to world religions we have started conversations that are making a difference.

Let’s start with the youngest of our stakeholders. Surveys of industry regularly show that there is a shortfall of science and engineering graduates. How do we address the problem? In my opinion: by enthusing the very young. When we surveyed local opinion of CERN in the Geneva region in 2008, the results came as no surprise. Our neighbours recognised the local economic impact of having a large intergovernmental organization on their doorstep, but they were wary of us. So we asked them how they’d like us to become better neighbours. Among the themes that emerged was bringing science into primary school classrooms.

We worked with the educational authorities in France and the Swiss Canton of Geneva, as well as with Geneva University, to design a research project for children. Simply put, classes get a sealed box, and by using scientific reasoning, helped along the way by a few clues, they have to work out what’s inside without peeking. We’ve done this for three years. Each year, more classes sign up. The project has been presented at conferences, translated into other languages, and deployed as far away as Mexico. It’s too early to tell whether this will encourage more youngsters to turn to science, providing a supply of skilled people for industry, but even if all it does is encourage children not to lose their sense of curiosity, it will have been worth while. Over the coming years, we’ll be keeping track of some of the people who have taken part, to see if there has been a lasting effect.

Don’t leave it to the politicians

Turning to decision makers, it’s vital for the scientific community to better engage with political circles. How many times have we seen politicians making the wrong decision as a result of bad scientific reasoning? With issues as important as climate change demanding urgent action, it is vital that those we entrust with making the decisions are able to evaluate the science well. There’s not much that my field can contribute in this respect, although there is an experiment at CERN looking into the influence of cosmic radiation on cloud formation. But we have another important message for the politicians: it’s your job, as custodians of the public purse, to maintain a healthy basic science base.

Consider the humble candle. Give it to a company’s R&D department, and you’ll likely get a better candle, longer lasting with a brighter burning wick. But you won’t get an electric light bulb: for that, you need a scientist curious about nature to establish the basics of electricity. It is unreasonable to expect industrial R&D to support basic science, the lead times are too long, and the return in the short term too uncertain. What industrial R&D does, and does well, is look for the incremental gains that can quickly be brought to market and give a competitive edge. What the world needs is perhaps the ultimate public-private partnership, with governments supporting long range R&D that feeds into industry on timescales much longer than the political cycle. This, in fact, is precisely what Europe achieved almost 60 years ago in founding CERN, and since then seven other world-leading European intergovernmental research organizations.

Working to ensure a scientifically literate governing class, and a healthy flow of science and engineering graduates may seen clear objectives for the Director General of CERN, but what about other groups? The arts? Major world religions? During my mandate, we have launched an artist residency programme that has already seen some remarkable interactions between two apparently opposite ends of the cultural spectrum. What we’re finding is that artists and scientists have a lot in common. They are both curious about the world they live in, and they are both highly creative. Engaging with the arts enables CERN to reach audiences that we would not otherwise be able to. When we stage a dance performance inspired by science at CERN, we bring in people who would not normally dream of setting foot inside a physics lab, and when we recently held a comedy night, to cite a slightly different point on the artistic scale, over half the audience told us they’d never been to CERN before. But they’re likely to come again.

So what of religion? I’ve read various estimates of the percentage of the world’s population that considers itself to belong to one established religion or another, some putting the number of non-religious and atheists as low as about 10%. If science takes its responsibility to engage society seriously, then we can hardly ignore 90% of the population of the planet. To that end, I was very happy for CERN to take part in a Wilton Park meeting, held in Switzerland, to investigate whether a common language was possible between science and the world’s major religions. The results were positive, and I’m looking forward to working with Wilton Park again in the future to take things a step further.

At CERN, we aim to further our programme of engagement, and have recently launched a CERN & Society programme which has identified exciting projects, such as converting one of our smaller particle storage rings into a biomedical research facility to ensure that the link from basic to applied research is made, or allowing high schools to conduct experiments on one of our particle beams. Initiatives like these go beyond our mission of basic research, but I believe they can contribute to getting the world switched on to the importance of science, and we’re seeking partners to help us put them into practice.

Engagement with society is, then, the biggest responsibility of science today. But it is not the only one. Science has a duty to maintain the highest ethical standards. Doing so is an essential part of the scientific method. To cite an example, many of you may remember the headline news a few years ago that scientists working at the Gran Sasso Laboratory in Italy had apparently measured particles called neutrinos, sent from CERN through the Earth’s crust to Gran Sasso, travelling faster than the cosmic speed limit, the speed of light. What those scientists did was hold themselves accountable to their peers, presenting themselves in front of a deeply sceptical audience in a bid to find the answer. In the end, a mundane explanation was found, but this is part of the scientific process. Opinion polls constantly put scientists at the top of the most trusted list. We must ensure that our behaviour merits the public’s confidence.

Finally, I believe that scientists have a duty to consider the consequences of their research. There can be no doubt in most people’s minds that science has improved the lives of human beings. Most of us now live longer and are healthier. We’re better fed, entertained and connected. Science always generates new possibilities – for good and for bad. Science has enabled us to do a great deal of good, but that is something society has to work at. Science drives human progress, and must continue to do so, but scientists must ensure that they do not wash their hands of the potential applications, but rather ensure that they are part of any ethical debate about new sciences coming along. Today’s science is full of examples of new developments that have the potential to do great good, but that raise ethical questions that need to be fully considered. Take for example stem cells, or genetically modified organisms.

To resume: science has a responsibility to bring itself to the mainstream of popular culture, to engage in and shape public debate about major issues that are science based. It has the responsibility to make itself accountable, particularly if it is public funded. And it has a duty to work to the highest possible ethical standards. 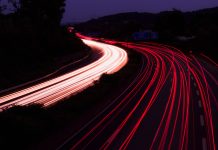 Investing in the future of our networks 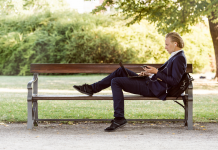 I-Society: How multi-optionality is pushing individualisation in the digital age

The Chief Strategy Officer as the Master of paradoxes