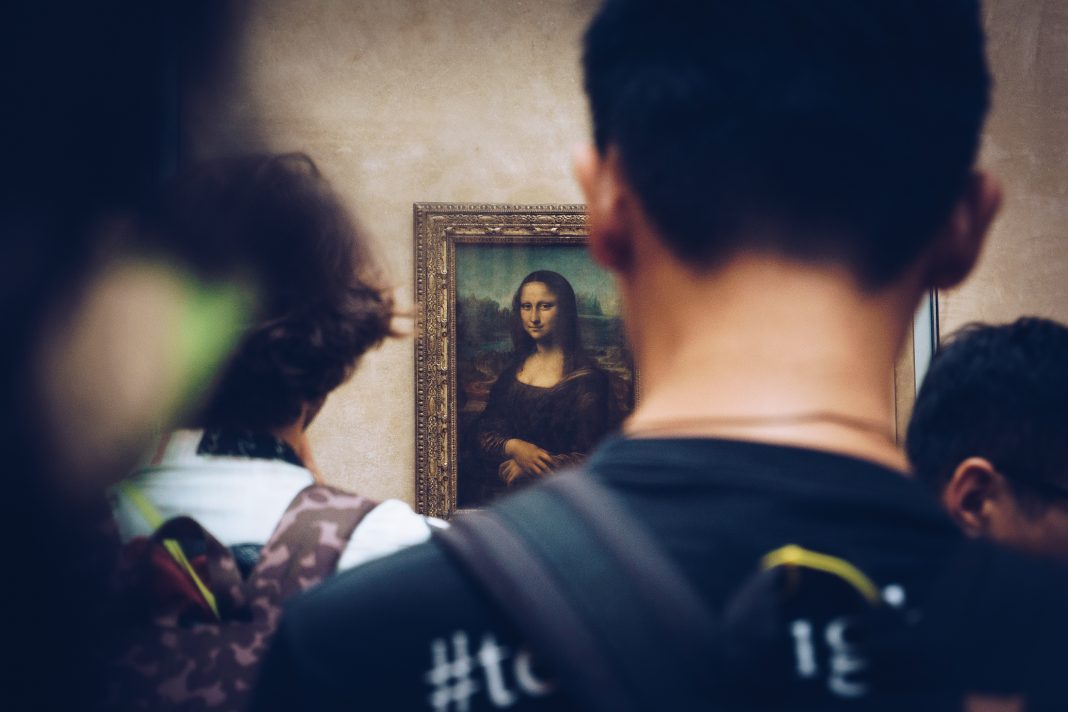 What makes an artist successful? It’s the network she is in. Multiple dependencies govern how the art world places value on an individual work. This changes how we understand what great art is: The artwork doesn’t matter, it’s the network.

“SAMO for the so-called avant garde” was inscribed in block letters on a door in an alleyway in Manhattan. The artists responsible were Al Diaz and Jean Michel Basquiat, a pot-smoking collaborative who developed the SAMO tag as a contraction of “same old shit”. One of the two, Al Diaz, had a strong reputation for graffiti art and was the better known. Al who – you might ask? If you have never heard of him, you are not alone.

Basquiat and Diaz are a striking example of how two talented artists, of similar age and background, can soar or stagnate despite producing virtually indistinguishable work. Basquiat went from homeless teenager to A-list artist in under two years. In 2017 one of his works sold for a record-breaking $110.5 million. Diaz, on the other hand, exhibited in October 2018 in a small pop-up gallery on Great Jones Street in Soho, New York. His works are priced at $6,000.

How do we explain Diaz’s and Basquiat’s divergent trajectories? They differ in one essential aspect: Diaz was a loner, Basquiat a networker. Basquiat was the one who went up to Andy Warhol and sweet-talked him into buying one of his postcards. He made it his business to befriend Fab5Freddy and shared a studio space with him. And he wooed Diego Cortez who put him in a group show with works by Mapplethorpe, Haring and Warhol. Soon, his name was all over the downtown scene. A handful of dealers took notice, they bought some of his works, et voila – Basquiat was made.

I argue: Nobody can assign value to an artwork simply by looking at it. All types of art, whether poetry, sculptures, novels, dances, or paintings, are essentially priceless. What gives art its value is a powerful network of curators, art historians, gallery owners, dealers, agents, auction houses and collectors. This inner circle doesn’t only determine the works you and your children will see on museum walls—it defines what will break records in the sale rooms.

Clearly, this is a provocative statement and most art historians won’t agree. They argue in long essays with words I don’t understand that Basquiat is the most significant painter of the 20thcentury, his colorful paintings inspired countless artists and produced a step change in contemporary art. I do not disagree: I like Basquiat and I have always been drawn to his works. But I also met Al Diaz a while ago, and was struck by his art that plays with letters, colors and mediums. And by his modest price tag, given that his former partner is the superstar. Intrigued, I started an analytical experiment, using not art history books, but data.

Over more than six years, my team of 45 people have compiled a database recording the careers of roughly half a million artists. It contains hundreds of thousands of exhibitions at more than 20,000 galleries and museums. It also includes information about almost 10 million artworks offered and sold at auctions and galleries. Eventually, we had so much material that I reached out to Laszlo Barabasi and Sam Fraiberger, both leading network science researchers at Harvard and Northeastern, to work with me on the data.

The outcome of our effort is a map that unveils the secret network of art institutions and their power. Essentially, it captures how art moves around the world and how institutions are linked by the artists they exhibited. We ranked each institution based on the “centrality” of institutions, a mathematical concept drawn from Network Science and also at the core of the Google search ranking algorithm. We discovered that, among a large number of fairly ineffective institutions, one hub stood out as truly transformative: New York’s MoMA, Guggenheim, Gagosian Gallery, and Pace Gallery, followed by Metropolitan Museum of Art, Art Institute of Chicago, and the Whitney – all American and most in New York City. An exhibition at one of these is a guaranteed ascent to fame and headline prices. It is the definition of artistic validation. This is “quality art”.

It was devastating to unfold this map. 99 percent of all institutions scored low and there was only one route to success. If you are not part of the one central hub, you are stuck in an island network, where artists can achieve limited success by collaborating and displaying at the museums and galleries but are unlikely ever to cross a bridge to the mainland to reach the highest level of stardom. No more than 240 artists who began exhibiting low were able to enter the central hub. That’s 240 of 500,000!

Chances to make it as a gallery are equally low. Most galleries show island artists, so findings from my previous research were confirmed: galleries are in bad shape – 30% run at a loss, with a further 55% making less than $200,000 revenue. Only a few galleries make the big bucks – they are the ones in the central hub.

There is no better place to see this network in action than the floor plan of Art Basel in Basel. The central hub is located on the ground floor, when you enter to the left, with Gagosian gallery at the center of all the influential players. The further away you are, the more remote your island. The booths for the young and emerging galleries are squeezed into corners on the second floor, out of sight of the ground floor elite. They are here only to entertain the big guys – like clowns, with no chance to ever make it to the main act.

Can this undemocratic and impenetrable structure be broken? I don’t think so. Success in the art world is a feedback loop, and those on the inside do not gain from disrupting the status quo. If a collector pays a million dollars for a piece of art, it’s in everyone’s interest—collector, artist, gallery—for the work to at least hold its value. Nor are the museums excluded from this cabal. The same collectors who bought the piece sit on the museum’s board and will most likely donate the work to the museum, which then attracts visitors, media attention, sponsorship money, and donors at all levels. And the fairs? They are doing everything to further enhance this vicious cycle – keeping emerging galleries small. Or has Art Basel changed its floor plan recently to put young galleries next to Gagosian? Instead they lowered the cost for younger galleries to participate – from very very very expensive to very expensive. Little room, hence, for artists or galleries to move up the ladder.

While this tight structure might be bad for artists, it’s good for investors. Like fortune-tellers, we can predict the fate of almost any artist from whether they were starting out at the periphery of the network or at its heart. If we use their first five exhibits as input, the patterns of where they would show next are so predictive that we can map out their trajectory decades into the future. The common belief that the community will sooner or later “discover” an artist is simply wrong. Moneyball for the art world has long been a dream. It has finally arrived.

Why did our predictions work so well? Precisely because performance in art can’t be measured objectively. Since there is no way of establishing that any work of art is truly better than another, the network takes over, establishing value. Value in art is in the network. Any work, from the Mona Lisa to Basquiat’s Untitled, is garage sale material without it.