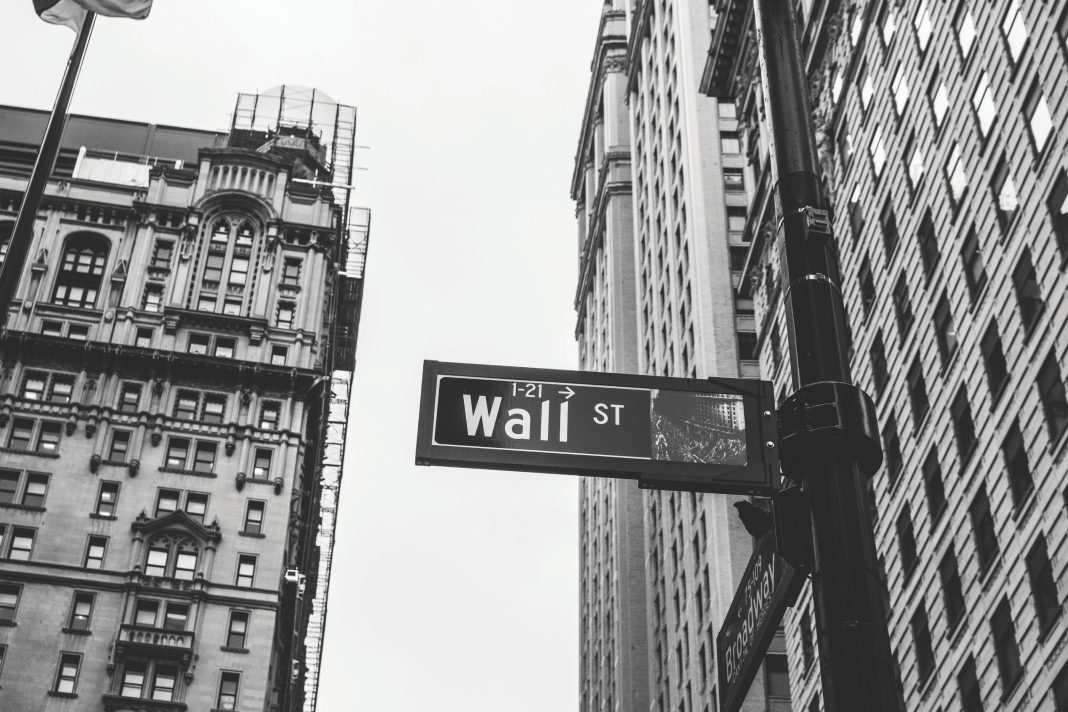 Dr. Alexander Dibelius started his career as a heart surgeon, then switched to consulting before he worked for Goldman Sachs for 23 years, most recently as Co-Chairman of Global Investment Banking and head of Germany and Central Europe. After his retirement from Goldman Sachs, Dibelius joined the private equity investor CVC Capital Partners as Managing Partner in 2015. In this interview he talks about his unusual career path, criticism of the financial markets and why cutting costs should not be the only way to increase value.

You are a former doctor. What motivated you to give up the field of medicine and enter the financial market?

Originally, I didn’t feel the urge to work in the financial markets. But since I was already relatively well qualified in my field of medicine at a young age, I knew that my career would stagnate for the next 10 to 15 years until I would qualify for a leadership position in a surgical clinic. I was a little bored-out by that prospect so I decided to stop for at least a year and do something else. These days we would call it a gap year. In search for the right temporary challenge, I went to see my trusted mentor at the Studienstiftung (German Academic Scholarship Foundation), who felt Consulting could provide me with a new experience. I didn’t know exactly what that was, so, as this was well before Google, I returned to the university library in Freiburg and searched for business magazines. The only thing there for consulting was an issue of “Manager Magazin” with McKinsey on the cover. So I submitted an application written on a home computer during my night shifts, probably with a lot of typos. Eventually it worked out, I was interviewed and started at McKinsey three days after my last appendectomy as a surgeon. My first project was the restructuring of Sandoz (now Novartis), of course I had no idea of anything, but I enjoyed it so much that I decided to stay when after the year my boss in the hospital asked me to return. After a few years, I was elected partner, but shortly thereafter, I moved to Goldman Sachs. Having spent 23 years there, I originally wanted to retire, but CVC took the initiative and so I’m sitting here today.

Do you sometimes long for your time as a doctor?

I still like to think back to my job and am in close contact with my old class mates from medical school. I try to keep myself scientifically up to date to the extent possible and obviously there are from time to time links between medicine and my current job as an investor. Although I have always enjoyed performing surgery, I never regretted having left medicine.

In investment banking and asset management, there are many repetitive tasks in which algorithms perform better than people (e.g. Scalable). Many voices therefore claim that investment banks have no future in the long term. What do you think?

When it comes to pure data processing, you can always replace routine tasks with new technologies or make them more efficient. But that has been the case throughout my entire career: In the beginning, we did our own deal comparisons, and we manually compiled the information on which multiples certain transactions had been closed. Today that information is a downloadable commodity provided by third parties. Technology has always helped us become more efficient, but at the end of the day large successful transactions involve very complex processes influenced by multiple often uncorrelated factors, including the human component, that no algorithm will be able to resolve efficiently in the foreseeable future. That’s why I believe that while the working environment for bankers will change permanently, there will always be human interfaces that cannot be replaced easily. “Making sure that the deal gets done” will in the end be ensured by a human being. So you could even argue that banks and the human factor become more important and interesting as the “dull” tasks are increasingly being covered by technology. This makes investment banking an even more interesting career choice.

Over the past two years, private equity has become increasingly well known to the public. However, many people see it as just an “excess of capitalism”. What contribution does this industry make to the financial sector? Which for society?

Private Equity investors are often accused of their practice consisting of “slamming, knocking over, and cutting off”. But that is far from reality as I see it. You can try to structure the contribution of private equity around three topics:

Müntefering (SPD) said in 2005: “Some financial investors don’t think about the people whose jobs they are destroying – they remain anonymous, have no faces, attack companies like swarms of locusts, graze them and move on.” What is your response to such harsh criticism? Does this affect your customer relationships?

Such criticism stems from the old days, when people did not really know what private equity is and what PE investors do. That has certainly changed. By the way, the only case I remember from those days in which an empty skeleton of a company was left behind is the sale of the Bundesdruckerei, whereby in the end it was above all the government as a seller that made a lot of money by divesting from it for a steep valuation into a heavily levered structure. As a result, the creditors took control and it eventually ended again in the government’s hands.

As I already said, we want to leave better companies and take a long-term perspective. I personally find it a rewarding perspective to stay close to a company even beyond our ownership. An example I can give is Nixdorf. My first exposure to the company was back when I was at McKinsey. At the end of the 90s, the core of the company was bought from Siemens in a private equity transaction, creating Wincor Nixdorf. Some eight years on, Goldman sold all shares to the market after an IPO, but I still remained on the Supervisory Board of the company and eventually served as Chairman, showcasing my personal commitment. Most recently, the company was acquired by Diebold and is nowadays a US-listed corporation called Diebold Nixdorf. And I now serve on the Board of that company. I think this demonstrates, as an example, that we are professional private equity organizations and are anything but short-term centered in our approach. For more than 20 years the firm has gone through various phases, thereby securing its existence in an ever more competitive marketplace and securing peoples’ jobs. I don’t think anyone would say that I am anonymous. Of course, the investment has paid off for their private equity funds and the public Wincor Nixdorf investors, and I am sure that it continues to exist and will prosper. In the end, we take our responsibility as an investor very seriously. Hence, I would doubt that Mr. Müntefering would today repeat his expressed views from 14 years ago.

If Private Equity conducts business so responsibly, where do such opinions come from?

I think Mr. Müntefering was influenced by the PE investment in the company Grohe that is headquartered in his constituency. At the time, severe job cuts needed to happen in order to secure the company’s future in a more competitive market place and as a result of globalization. But politicians have a hard time explaining a concept like globalization and its bearing on local businesses to their electorate and it is even harder for them to state that they cannot do anything against it. It is much easier in their fight for votes to quickly find an unknown private equity investor to be a suitable scapegoat and a simple explanation and at the same time being vocal against the asset class private equity. In any event much easier than to fight globalization, of which Germany has been one of the greatest profit takers.

Funds currently have a lot of dry powder, i.e. liquid funds that have not yet been invested. Why is this and how do you deal with it?

There are 3 reasons why so much money is currently flowing into private equity:

According to Urs Wietlisbach (Partners Group), in order to sell a portfolio company today with a corresponding profit, you have to reduce costs and make the companies more efficient. How do you do this and what are the most common factors you take into account?

We don’t always have to cut costs, there are many different levers that can be used. Reducing costs is always the easiest thing to do because you control it yourself. The important thing, however, is that you not merely reduce costs, but that you reinvest the savings into growth. Nobody shrinks his way to greatness; in the long run you must always grow. Revenue, costs and capital: all three aspects have to be worked on in an investment.

CVC has owned Breitling for several years. What changes in a family-owned company like this traditional watch manufacturer when a private equity house buys the company? Do you encounter resistance often?

We don’t make the strategy; our job is to find the right management team to enhance the value of a company. In the case of Breitling, we have put an almost completely new tested and proven management team on a very strong company with its outstanding product heritage to take the whole company to a new level. We never actually see resistance from management, because in private equity investments, the interests of owners and management are aligned. Resistance in the workforce, on the other hand, might sometimes exist but is, in my opinion, almost always a communication problem. If the goal is to build a sustainably more resilient company that offers even more secure jobs, then this must also be communicated clearly, and the work force will understand it. Over the years we have had very good experiences with workers and their representatives and in many cases,  they are based on an open communication supportive in building better and growing companies as it has a positive impact on long-term job security.

Ivan Glasenberg (CEO Glencore) said in an interview that there is no work-life balance at Glencore. Andrea Orcel mentioned the same in a Financial Times interview. However, a number of internationally renowned banks are currently announcing a cultural change on this issue. What do you think?

Of course, the focus of people’s personal work-life balance is changing. In my opinion, the most important thing is that a variability of different life models is possible side by side. Different people have different needs and a modern work environment in particular in the financial services industry should be able to accommodate everyone. During my time in banking I told my people that nobody has to work 24/7, but most of them tried to do so anyway. Often it seems a bit like a group dynamic, people feel that they have to work because their colleague does. And one thing is certain: in a high-performance culture, they will always find a way to keep themselves busy. But at a certain point one has to say, it’s enough, I’m going home now. But this should be an individual decision, I do not think that a grown-up professional needs somebody to prescribe work or lifestyle. At the same time working hard, feeling good about it and enjoying the results should be legitimate as well.