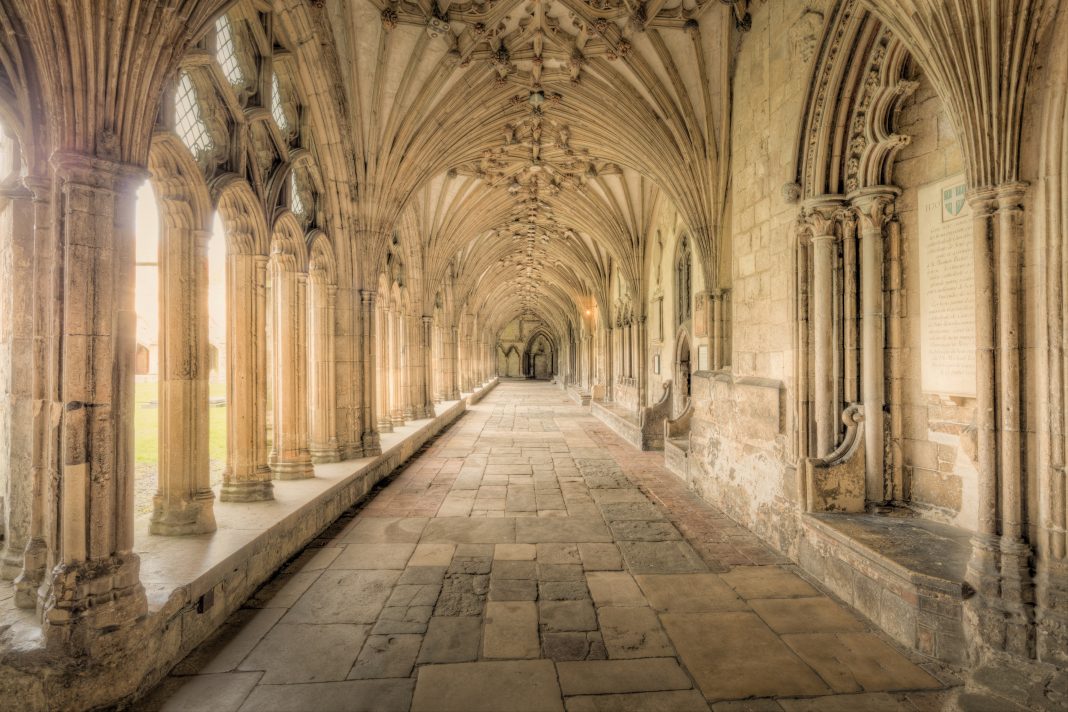 In this article, monk and best-selling author Dr. Anselm Grün gives a spiritual and ethical perspective on capital, how he makes his investment decisions and why responsible entrepreneurship is crucial for long time success.

The word capital has a negative connotation for many. Those who have a lot of capital are often labelled as capitalists. But capital itself is free of value. Fortune is not a bad thing. It can only spoil your character if you’re greedy for more and more wealth. Capital also has the meaning of the words “benefit and profit”. Capital can benefit many people, not only those who own it, but also those for whom it is used. Capital investments serve not only the owner, not only the capital investors, but always also the one for whom it is invested.

In recent years, under pressure from many who wanted to use their capital for good causes, banks have continued to develop ethical investments. There are ethical equity funds. There are ethical research firms that check the shares of companies to see whether they comply with ethical criteria.

In my contribution I would like to discuss the sense of ethical investments, but also the ethical prerequisites for investing money. And finally, I want to take a look at the Bible to see what it has to say to us about investing money.

For 36 years I was Cellerar (= economic director) of the Abbey Münsterschwarzach with 90 monks and 300 employees. The monastery must finance itself. That’s how I invested the monastery’s money as Cellerar. Four aspects were important for me:

First, money serves the people. I don’t invest money to get rich, but to serve people. In our monastery the money was used to maintain a school and not always to focus on saving money in education. In addition, it was used to support our missionary work in Africa, Latin America and Asia.

Secondly, it takes creativity to invest money. Creativity means for me to use the most different possibilities and constructions to invest money, which there are today. For me, creativity is the solution for complaining that the money is not enough. If the money’s not enough, I’ll have to exert my head. The Catholic theologian Karl Rahner once said: “Laziness of thought is not a gift of the Holy Spirit. Many prefer to remain in the role of victims, that they have too little money instead of thinking creatively about how to deal with money.”

Thirdly, I must be aware of two attitudes when investing money: greed and fear. For those who are greedy, investing money becomes an addiction, and they won’t succeed. They will constantly exceed their limits and then ultimately fail because they try to fill their inner void with their greed. But this inner emptiness is a bottomless pit. The greedy one will never be satisfied. On the other side, fear does not help when investing money either. Anyone who is only afraid of losing should refrain from investing money. If you can’t lose, you can’t win.

Fourth, when I invest money, I need inner freedom. I cannot constantly concentrate on how the price is changing. Some people can’t sleep at night because they’re constantly thinking about their portfolio. It’s imperative to have inner freedom so that one doesn’t define himself based on how much money he makes. I invest but I don’t circle around my investment all the time. That is why I need a spiritual basis for my investments. And this spiritual foundation is inner freedom. I define myself based on God and not based on people, neither based on money nor based on recognition by people.

Some people don’t think investing ethically would bring a return. However, there are enough studies that show that ethical investments are more successful in the long run than investments that are only based on short-term profits. After all, companies that focus on values are more successful in the long run than those that focus solely on figures. Values make the company valuable. In companies that disregard values, there is a climate of contempt for people. Values protect human dignity. Where dignity is disregarded, people will not enjoy working. And young people today do not choose the companies where they earn the most money, but where they perceive a good culture. And this culture also includes the appreciation of human beings.

Ethical investments serve the investor. Although they do not promise him the highest returns, they do promise him reasonable ones in the long run. And they soothe his conscience. They feel like they can do something for society. They don’t have to apologize for owning financial assets. They are on good terms with their property. And the ethical investments serve the companies whose shares or bonds are bought. They support companies that make every effort to implement ethical values.

The parable of the talents is famous. A man who travels confides his fortune to his servants. To one he gives five talents of silver money, to another two and to the third only one. One talent is about 60,000 euros. The first two servants manage the fortune and double it. The third, however, is afraid of making a mistake and losing money. That’s why he buries it. I’m sure he’s doing it in good faith. But there are two attitudes that are then castigated in the parable: fear and aiming to have everything under control. There is a principle: If you want to control everything, everything gets out of control. The Lord calls the third servant a bad and lazy servant because he has done nothing. And he accuses him: “If you had at least put my money in the bank, I would have gotten it back with interest upon returning.” (Mt 25,27) Jesus therefore reckons that the money can be invested in interest and that this is all right. The Jews were forbidden to pay interest. However, this ban on interest only applies within Judaism. You can certainly demand interest from others. Of course, in this parable Jesus is not much aiming at investing money. Rather, he is concerned that we live out of trust and not fear, and that we dare to live instead of missing life because of nothing but security.

The evangelist who is most concerned with the handling of money and capital is Luke. He was Greek and writes his gospel to the Greek middle class, to the big landowners, to the traders and craftsmen. He does not demand that these people give up their profession and live in poverty. But Jesus, in the Gospel of Luke, always invites people to share their wealth. Those who have money should therefore show solidarity with those who have none. And men shall beware of greed. He shows this with the example of a rich man who has a rich harvest. He’s thinking about tearing down his barns and rebuilding them. “Then I can say to myself: Now I have a large supply that will last for many years. Rest, eat and drink, and rejoice in life!” (Luke 12:19) But God says to him, “You fool! That night your life will be reclaimed from you.” (Luke 12:20) Who possesses money should become aware of his own mortality. We should live in the moment and live as it corresponds to our being as humans, whose life is limited.

Another passage says something about the managing of money. Jesus says: “If you have not been reliable in dealing with unjust wealth, who will entrust you with the true good? And if you have not been reliable in your dealings with the goods of others, who will give you your (true) property?” (Lk 16:11f) Jesus says in these words that our spirituality is expressed in our reliable handling of money. But he also says that wealth is ultimately a foreign asset entrusted to us. And it’s always unjust wealth for him, too. We don’t deserve money because we’re good people. It often fell to us because our parents were rich. Nevertheless, we should deal with it reliably. Then God will give us our true good and our true property. The true good is the inner wealth of our soul. And the true property is that we find our true self, the unique image that God has made of us. The words of Jesus show that it is a spiritual task to handle capital well.

In the 36 years that I have invested money, it has always been a spiritual challenge for me on the one hand to deal creatively with money and to multiply it, and on the other hand to remain free from greed and fear and free from the money I deal with.