The Order of Malta today has more members than at anytime in its history and its projects and works span the whole world. It is very alive! The members endeavour to sanctify themselves and their families and equally commit themselves to the Order’s social projects. It is those social projects, inspired by the love of Christ, that make the Order relevant today. The MMM (Malteser Migrant Medicine) projects in various towns in Germany provides medical care for People who do not exist according to official records and always have difficulty accessing health-care, the “Brussels shower project” for the homeless, queues of homeless at the Order’s London ‘soup runs’, the care of the disabled on our Lourdes pilgrimages, our major contribution internationally to crisis relief and the care of migrants in Lebanon or Germany and elsewhere. Our combination of religious and charitable commitment through these many projects, big and small, appeals to many people in 21st Century who want to make a difference and improve their neighbourhood, country and ultimately the World.

The Order’s official mission „Tuitio fidei et obsequium pauperum” is to care for people in need. It was defined by it’s founder, Blessed Gérard, in 1048. How do you fulfil the mission today?

In Germany we work with 25 000 fulltime employees and 80 000 volunteers, and fulfil our mission in many ways and lots of projects. Especially well known is our subsidiary, the Malteser Hilfsdienst, which has over 1M supporting members in Germany who help finance the humanitarian projects. Volunteers all over Germany engage in social projects in service to the sick and poor but also in service to the local community by providing training for first aid and providing medical service at major events. Various professional trainings can be acquired in special centres and the volunteers are also encouraged to keep their expertise up to date. It makes a big difference in caring about the needy if one understands the special requirements of dementia patients for example. In the UK, for example, the equivalent but smaller volunteer force, the Companions of the Order of Malta, are involved in a range of projects such adventure holidays for disabled kids, feeding the homeless in London, Oxford, Glasgow, and Colchester, and working extensively in the Order of St John Care Trust homes for the elderly.

Founded in 1048 in Jerusalem, the Order has unlike the Templars or the Teutonic Order, survived many external and internal crises. Could you identify any specific reason for this remarkable resistance?

Indeed, the Order was often very close to extinction. Many times it was exiled from its homeland but it always rebuilt itself. The reason must be that its vocation of helping the poor and the sick is needed in the World and always attracted people.

Many social scientists believe, that traditions continually lose their significance in today’s society. Why do you, personally, think is it important to appreciate tradition? How can this appreciation of the past help in future challenges?

Tradition in itself is no Legitimation. Nor is removing beautiful traditions a good idea, if nothing better comes instead. The ancient traditions and long held charism of our order attracts many people. The military traditions of the Order can embolden our members, to strive as ‘soldiers of Christ’ to work for the poor and marginalised.

What role does tradition play in the identity of your organisation? How do you uphold the old traditions in the daily life within the order?

Our order predates canonical law, and has its own rules in choosing leadership and in interacting within the Order. Daily we pursue our mission ‘to practise our Faith and to practise charity.’ Members are called daily to say the prayer of the order, as in other religious orders. Whilst combining their normal lives as laymen with charitable work. Our absolute commitment to ‘Our Lords the Poor’, for example, gets our members and volunteers out on the city streets, whether in Berlin, London, Paris, Dublin, Brussels or elsewhere, to hand out food and minister to the under privileged.

With it’s well known subsidiaries, Malteser Hilfsdienst and Malteser Werke in Germany, the order resembles other modern aid organisations. How do you differentiate yourself from these competitors in Germany? What influence do the Roman catholic roots have in your work supporting those in need?

I would not say we are competitors. The needs of our world have never been so great, and there is undoubtedly space for all the different charities out there. Indeed, there really cannot be too many. What differentiates us I think is that we take our role as catholic order very seriously, with all the People working with us, and with those we help. Seeing the face of Our Lord in every needy person makes our approach different from most other helpers. Whilst our international reach means that to work for the Order is to work as part of a global family, fighting deprivation and poverty and isolation, and, yes, evil.

The Order’s status in international law is similar to that of a recognized country. Would you explain the reasons for this singularity and how this helps you as an aid organisation?

The status of a sovereign was until the 18th century defined by the fact that its ruler owed allegiance to no one. Thus the sovereignty of the grandmaster of the order was achieved in 250 years of ruling Rhodes and 250 years of ruling Malta. It was confirmed at the Congress of Vienna, and is recognized by 107 countries and the United Nations to this day. This status enables the Order to negotiate on government level in all the places it has help projects, at the moment in over a hundred countries. This status was particularly useful, for example, in facilitating our medical care and community projects in Ruanda after the genocide, where we were one of the few organisations seen as sufficiently neutral to be trusted by all sides.

You also provide aid in many conflict zones. What kind of support do you provide? Which regions do you focus on? What developments do you see in today’s international crises?

Enumerating all the international projects would fill a thick volume, most of them are in healthcare, water treatment, disaster relief and rebuilding social structures after armed conflicts. Take the current Syrian refugee crisis, the Order in Lebanon is providing aid and medical care within the camps. Whilst different Associations, from around the world, have been providing financial support. In Germany the Order is taking a lead in running receptions centre, and providing across the country volunteers to help locally in the resettlement, mentoring and integration of migrants. In all this we are very strictly apolitical, work closely with related organisations and are in for the long haul. We usually stay long after all the NGOs have left.

This Interview was conducted by Johannes Bernstorff on behalf of the St. Gallen Business Review. Originally published 29. March 2016. 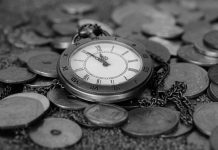 To trust the Past 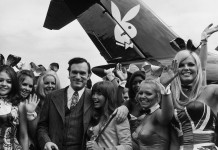 „We‘re getting ready for the digital age.“

The Future of Healthcare

Work-life balance is an investment in the future

I-Society: How multi-optionality is pushing individualisation in the digital age