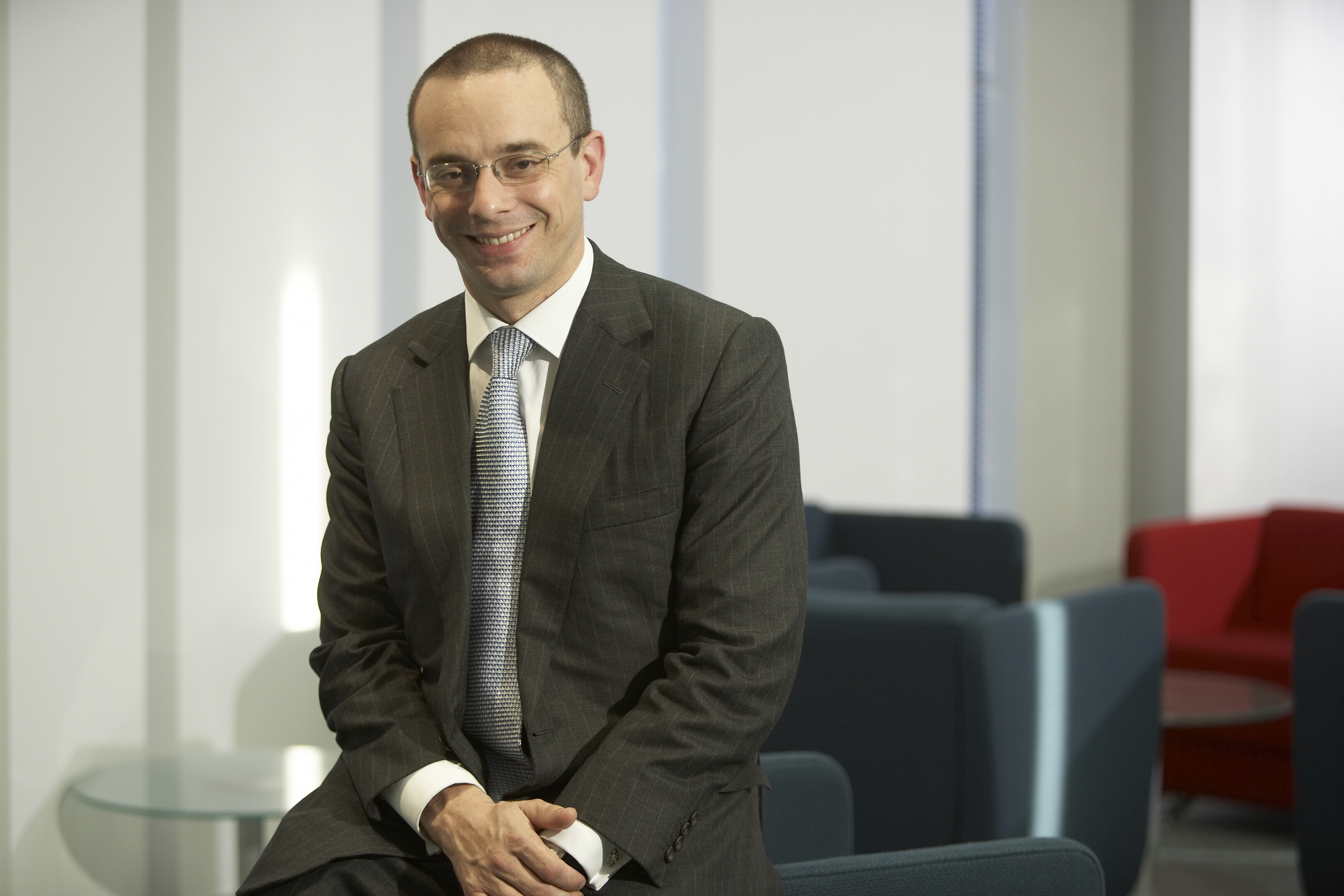 At the US Federal Reserve’s Jackson Hole Symposium, President Draghi of the European Central Bank indicated a growing concern about the threat of deflation within the Euro area. He identified market measures as signalling falling inflation expectations. This concern has also been voiced by investors in more general terms, with a fear that the Euro area start to resemble the Japanese experience of the past quarter century (a persistent deflation bias interspersed with episodes of outright deflation).

The focus on market expectations as a lead indicator for inflation is problematic, because financial markets are not very good at forecasting inflation. However, inflation expectations can have important economic consequences, even if they turn out to be wrong, and no doubt this has influenced the views of the ECB president. Indeed, some areas of the Euro area are already experiencing deflation, with prices falling for at least some part of 2014 in Cyprus, Estonia, Greece, Portugal, Slovakia, Spain and Italy. So how big a threat is deflation in the Euro area, and what are the problems the European Central Bank might face in responding to that threat?

The Euro area has if not a deflation bias (negative inflation), then certainty a disinflation bias (falling inflation) in its structure. The Euro, as a monetary union, does not work. In economic terms the economies are too disparate, there is no credible banking union to smooth the operation of monetary policy, and there is no fiscal union or fiscal confederation to blunt the damage that the wrong monetary policy can do in a dysfunctional monetary area. This means that at any given moment some countries will be experiencing weak growth with too restrictive a monetary policy, and some countries will be experiencing strong growth with too loose a monetary policy.

Unfortunately, the weak growth countries are also likely to experience poor fiscal balances, constraining their ability to grow. The structure of the Euro resembles that of Bretton Woods, in that the pressure for correction is disproportionately applied to the weaker, deficit economies and not the stronger economies. While Germany may be urged to stimulate its economy for the greater good of the Euro area, there is no mechanism by which Germany can be compelled to stimulate its economy. The bond market cannot punish Germany for not spending enough money. The political structure of the Euro was set up to impose fiscal deficit limits, not government spending targets. In contrast a weak economy with a fiscal deficit is at risk of bond market weakness on concerns about government debt. It is also subject to sanctions, or at the very least political disapproval from its peers in the Euro area. The unbalanced nature of growth in the Euro area therefore puts the burden of correction on the weaker economies, which must reduce government deficits and therefore contribute to deflation risks.

Second, when Euro CPI is broken down into different categories it is clear that nearly all the deflation pressures are occurring in volatile prices. The prices that economists with their characteristic precision call “sticky” prices are not changing very much. Volatile prices are things like food bought in supermarkets, clothing, and fuel for the car. Sticky prices are things like housing costs, utility bills and food bought from restaurants. Sticky prices amount to roughly sixty percent of the overall inflation basket. For there to be a sustained deflation threat, economists would expect sticky prices to be very low, and in all probability falling. Where deflation is the result of variable prices, as at the moment, there is always the possibility that the causes of disinflation will reverse quickly; volatile prices have a habit of reversing quickly, which is why economists call them “volatile”. The current very low inflation rate in the Euro area therefore has something of a temporary feel about it.

While structural deflation seems a relatively remote prospect for the Euro area, the bias to disinflation that is built into the Euro’s structure accompanied by below trend economic growth and a low overall inflation rate has spurred the ECB into action. President Draghi has boldly begun to splash his way across the monetary policy Rubicon, taking the Euro area into the territory of negative interest rates (a territory previously dominated by the Swiss National Bank in splendid isolation). The ECB has taken the discount rate negative – the rate charged by the ECB to banks that keep excess deposits with the central bank. The idea is that by imposing a cost on banks for holding too much cash, the banks have an incentive to lend some of the money to companies and consumers. In fact the tendency of banks has been to buy short term government bonds with the money instead, which has helped governments rather than the private sector.

The ECB has also pledged to increase the amount of liquidity in the financial system, but not through quantitative policy. Quantitative policy implies an open ended commitment to print money until an external policy objective is met: “We will print until inflation hits 2%” for example. This is unlikely to be credible in the Euro area, as any attempt at quantitative policy would almost certainly result in a legal challenge, raising doubts about how open ended the “open ended” commitment could actually be. Instead the ECB has been less dramatic, with a promise to buy a wider range of assets, but up to a predetermined amount.

This additional liquidity may prevent things from getting worse in the Euro area, but it is unlikely to act as a strong stimulus for growth – at least not yet. The advent of the ECB as a single bank regulator for the Euro area means that there should a more harmonised approach towards Euro area bank regulation. Associated with that, Euro area banks assume that there will be an increase in the capital requirements that Euro area banks are likely to face. This means that banks are reluctant to lend out money – not because there is a lack of cash to lend, but because there is a concern about future regulatory risk.

In fact the increase in liquidity and negative discount rate could add a further strain within the Euro area. ECB may coincide with an increase in inflation in the German economy. Germany has less spare capacity than other economies in the Euro area. The introduction of a minimum wage is likely to raise labour costs in lower skilled sectors of the economy. Finally volatile prices will be volatile – and with a weaker Euro pushing up the price of imported commodities, a potentially difficult situation may arise.

Consumers, as a rule, are not very perceptive about inflation. Consumers tend to rely on the price of the things that they buy frequently to judge inflation – everyone remembers the price increase of a chocolate bar, because it is a regular purchase and therefore the price increase is constantly presented to the consumer; the price of a television is not often remembered. The problem is that high frequency purchases tend to be flexible prices rather than sticky prices; they tend to have a higher import content (food and fuel are high frequency purchases; they tend to have a high low-paid labour content (food, again). Therefore an economy like Germany runs the risk of experiencing a faster level of inflation for high frequency purchases than for the average inflation rate in the coming year.

If high frequency purchases have higher price increases, consumers will believe, entirely wrongly, that inflation is higher than it is in reality. It is perfectly possible that German consumers will believe that inflation is running at 4% or more, even if it is running at a rate below 2%. (In 2001 Italian consumers believed inflation in Italy was running at around 18%. It was around 2%). This creates a potentially toxic situation for the ECB. The central bank is visibly printing money with negative rates. German inflation is rising. German consumers believe inflation is rising far faster than it actually is. It is not hard to see why the German middle class may be especially concerned by that. Germany had two hyperinflation episodes in the twentieth century, and the economic scars of those experiences have lingered on society.

The ECB’s risk is that German support for the Euro ebbs further in the face of the combination of perceived inflation and actual liquidity injections. There is little that the Germans can do directly with regard to the ECB – the Bundesbank can object to policy stimulus, and may very well be objecting to policy stimulus already, but it cannot singlehandedly veto policy. Rather the risk is that the German government exerts restraint in those areas where it does still have influence. Those areas include fiscal policy (refusing to countenance a relaxation of fiscal rules) and further banking union (specifically giving the ECB additional authority so as to be able to bail out or close Euro area banks).

The ECB therefore faces a difficult problem. There is a structural deflation problem in parts of the Euro area, but not in the Euro area as a whole. ECB attempts to stimulate the Euro area economy risk alienating the voters of the largest economy in the Euro area. Deflation may actually be the least concerning challenge that the ECB faces today.